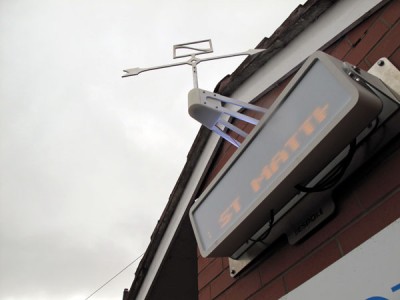 The Bespoke project was a collaboration between computer scientists, designers, journalists and social scientists to explore how citizen journalism could be used to inspire the design of digital objects.

Based on material generated by a team of citizen journalists based in Preston, we designed several unique technologies intended to address specific, local needs rather than more general technology requirements.

Digital technologies developed as part of the project included Viewpoint, a voting device designed to make local residents’ voices heard, and Wayfinder, a digital signpost for highlighting local activities. Several of the designs were exhibited in the V&A Museum during the London Design Festival in September 2011.

Gift of the gadgets to get residents talking. Lancashire Evening Post, 4th March 2011.

‘Citizen journalists’ shine a light on their own communities. The Guardian, 17th March 2010.