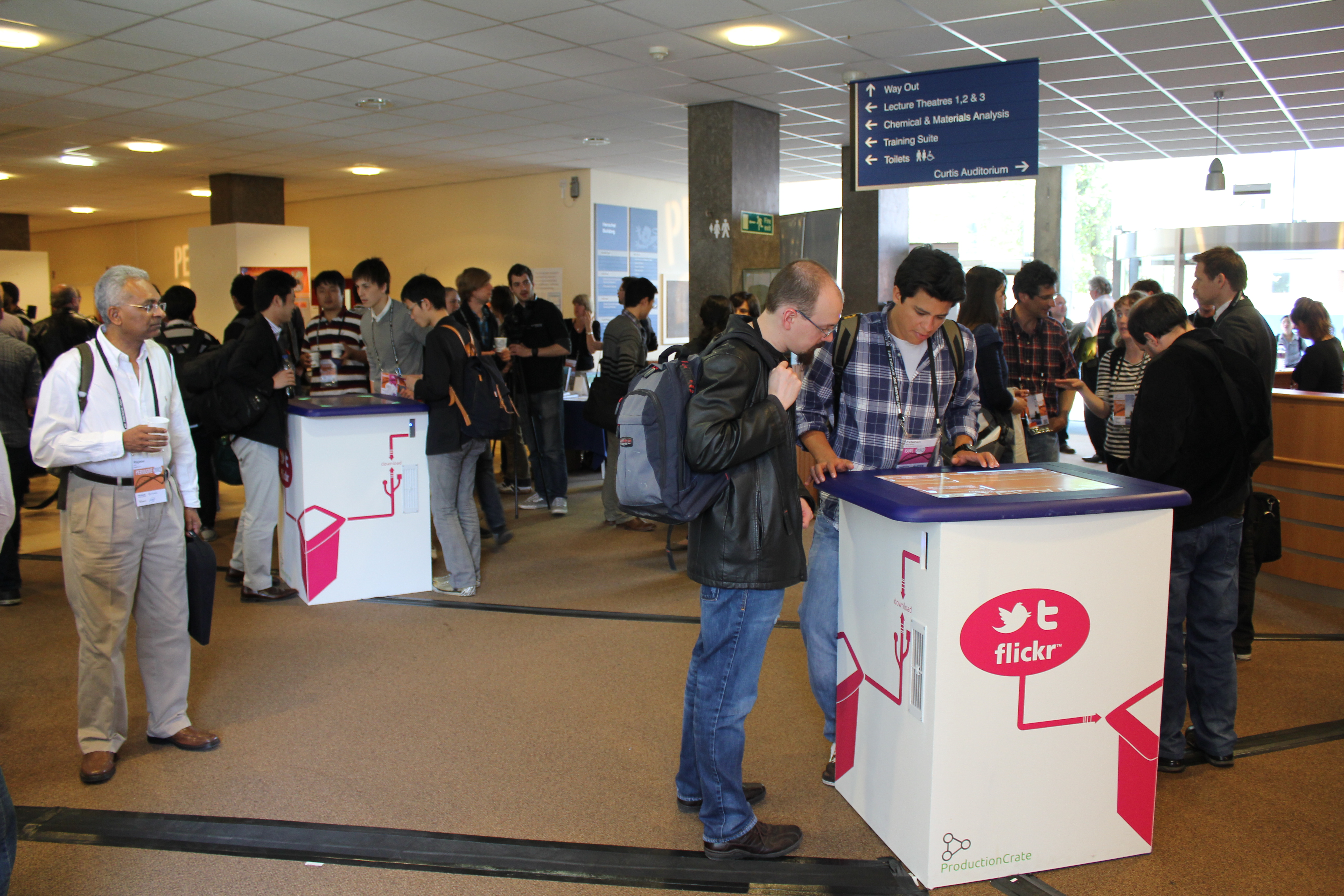 In 2012, Newcastle hosted DIS 2012 and Pervasive 2012 conferences, each attended by around 400 delegates. During the conferences, we evaluated a suite of prototypes designed to create a novel conference experience and to provoke delegates to reflect on the experience of attending a conference. By doing this, we aimed to identify what needs can be addressed by new technologies in that environment and develop guidelines for future conference technologies.

Our deployments included tabletop interfaces and public displays showing content produced before and during the conference, and talk timers that subtly informed speakers when they were running out of time. All of this technology was backed by a single infrastructure that allowed content to be generated and uploaded on the fly by relatively inexperienced staff and automatically directed to any screen in the venue.